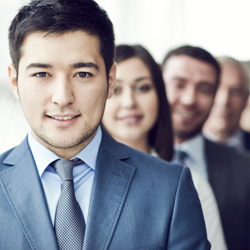 Succession planning, finding a qualified individual to continue the success of your company, is one of the most complex and stressful tasks for any manager or executive. This is so hard, in fact, that 39% of respondents in a Stanford survey feel that there are no internal candidates who are “ready now” to immediately assume the CEO position if required.

Another 32% only have one person ready to start tomorrow, which means that nearly three quarters of organizations are unprepared or barely prepared for emergencies or unexpected changes in leadership.

The transition of C-suite executives is one of the most scrutinized periods, whether the company is doing well (“can the successor continue momentum?”) or poorly (“can the new executive correct the course?”), and stakeholders and critics will certainly have opinions on the choice.

Why a Proper Succession Plan Matters

Consider the Rubbermaid corporation of the 1980s and 1990s—a 180 degree turnaround led by Stanley Gault, followed by a collapse. Gault, an exceptional leader himself, was outspoken as a “sincere tyrant,” who led the company to 40 consecutive quarters of growth.

Upon Gault’s exit, his successor Walt Williams lasted just eighteen months on the job. Enter Wolfgang Schmitt, who took over the company in the early nineties and through an autocratic style laced with constant tinkering, found his company struggling in the boom of the mid-90s, eventually becoming acquired by Newell after earnings fell 32% from 1993 to 1997.

Can you attain much of the success to Gault? Of course. Through smart acquisitions in the market, the company was able to reach $1 billion in sales. Can you blame part of Rubbermaid’s demise on the market (increasing resin prices and demand for lower prices from retailers like Wal-Mart)? Yes.

However, what would have been if Gault saw the company before the individual and had adequately prepared his successor?

Compare this to a company like Gillette in the 1990s, whose executive Colman M. Mockler was able to take the reins in 1975, fend off countless acquisition attempts and despite his own death while leading the company, had prepared Alfred M. Zeien to take over the company in 1991 and lead Gillette through the razor wars.

Without the right person ready for the unexpected, this tumultuous time could prove costly for your company both in short and long term.

Why It Pays to Have a Succession Plan

Strategy& offered an insightful, data-driven view on the important things on which boards must focus in developing a succession plan. Part of its CEO Succession study, the consultancy found that large companies that underwent forced successions in recent years would have generated, on average, an estimated US$112 billion more in market value in the year before and the year after their turnover if their CEO succession had been the result of planning.

The following video highlights the questions that boards must ask in planning a CEO Succession.

CEO Succession: Why It Pays to Have a Plan

Key Elements of a Succession Plan

Part of the Stanford study noted that although companies do not have an actionable process in place to select senior executives, a capable succession plan consists of the following:

Depending on the immediate needs of the business, you may need to consider an outsider for the future C-suite role. Retirements, deaths, or outside pressure could drive the current executive out, and if unprepared, there may be no inside candidate readily available.

Why Consider an Insider?

Why Consider an Outsider?

Insiders are still common, and the top two quartiles are much more likely to have a succession plan in order, according to Strategy & Business.  From 2005-2014, companies in the lowest quartile appointed interim or outsiders at a rate of 40%, as opposed to top performers who did so at 31%.

Building a Leadership Team for the Future of the Company

As mentioned before, developing and managing a succession plan is one of the most complex tasks for HR or board members. To find a CEO for the future, it is imperative to find someone who fits into the leadership team today, and that can take on the pressure and responsibility of the CEO role in the future.

The Overture Group has helped organizations of all sizes find the upper management talent that will fit in, work with others, and is ready to ascend. See some of our placements, our testimonials, and our process to learn how we can help you find tomorrow’s leader, today.

For more information, we welcome you to download Talent Acquisition: A Road Map for Success today.