Year after year, companies have slowly ditched the traditional performance review. The reason? Management hasn’t noticed improvement after appraisals were given. 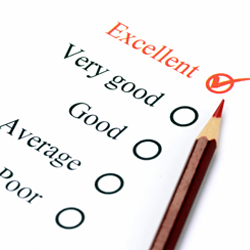 According to an academic review by WSJ, two-thirds of appraisals given to 600 employees had zero effects on the employee’s performance.

However, human-resources managers are seeing the trouble with grading employees and are seeking a different approach in improving the company’s performance.

The Problem with Telling Employees They’re Doing a Bad Job

One thing managers should know about the younger workforce is that they need positive reinforcement. These days, employees are accustomed to seeking immediate feedback, as if they would on Facebook and Twitter. Just like anyone else, being told you’ve done something wrong can be very discouraging.

While some people might appreciate this constructive criticism, others can’t stop focusing on their flaws and begin to lose confidence. Because of this, many workplaces are finding ways to accentuate the positive feedback and focus on employee strengths. This is why telling an employee everything they need to improve on, especially after a full year has passed is ineffective and irrelevant in annual performance reviews.

Why Yearly Reviews Are a Waste of Time

I’m not saying to ditch the performance reviews completely because employees still need to be told if they’re doing their job correctly. However, spending too much time filling out paperwork and setting aside formal meetings with each employee is too time consuming. Even scheduling performance reviews twice a year is a hassle.

After all, seeing an employee go 6 months to a year repeatedly making the same mistakes is never good for a company. Why not address an employee when they are doing something right and ask them to make a slight adjustment if they’ve done something wrong at the moment it happens?

To most people, a regular conversation sounds less scary than a yearly review. When a worker is flooded with information at their end of the year review, it’s difficult to retain it all. It’s especially hard for an employee to not dwell or obsess over all the things they need to improve on.

Giving real-time feedback can be as simple as asking employees ‘How is the project coming along?’ and making it a 2-minute conversation instead of a 30-minute meeting. Many companies are exemplifying this method, like Facebook and Microsoft Corp. by encouraging more moments of feedback and less performance ratings.

Eliminating the yearly performance reviews will not only be a relief to the employee, but shortening the feedback process will definitely take the weight off of the manager’s shoulders.