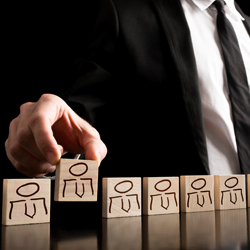 Are you putting your company at risk as a hiring manager? With more and more access to candidates’ information, you could be running the risk of finding out too much.

From the bottom of the career ladder (recent class-action lawsuits against retail and fast-casual chains over FCRA violations) to the top, if you commit any of these hiring sins, you run the risk of legal action against your company.

Ten Mistakes That Could Cost Thousands

Recently, an article on ERE.net shared the top blunders committed by employers during the application, interview, and hiring process that run the risk of fines, penalties, and lawsuits.

2. Paying Top Negotiators (as Opposed to Most Highly Qualified) More

3. Asking Interview Questions that Are Flagrant Violations of EEO

4. Looking at information too early in the hiring process

5. Failure to Make Accommodations during Application and Hiring Process

10. Hiring Based on Anything Besides Qualifications

If you need a short refresher on what not to do during the hiring, interview, onboarding, or even firing; learn more from the following links:

How to Avoid This Process Altogether

A great deal of The Overture Group’s 4-step hiring process deals with sourcing, interviewing, and showing you candidates based on credentials and cultural fit. In working with your organization, we will find you the top candidates for the job for which you’re hiring quickly and most importantly legally.

Learn more about how we help, who we’ve helped, and contact us to see how we can help you find top talent that will fit your team perfectly.